When I Was Told My Code Is Shit Part 2 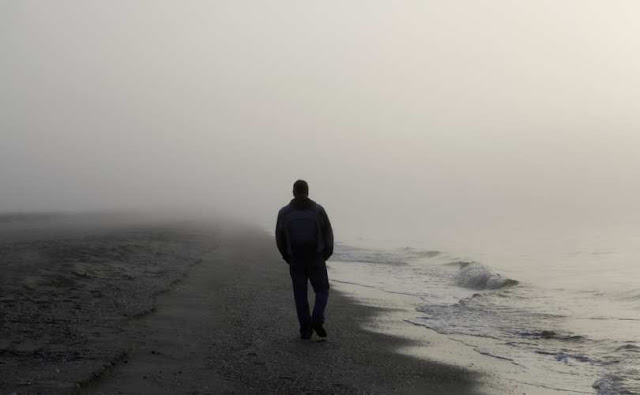 and practice would come during the weekends when I went home to type the sample code on Borland to see how it worked. I studied at the Philippine Science, where most of my classmates would be way ahead of me in most other subjects. I was ahead of them in Music and Art, but the smartest kids in class could easily overtake me in Maths and other subjects. Computer Science, though - that was a whole different story. I fucking owned everyone at Computer Science, even our teachers, sometimes. My classmates hated it, but writing code was almost as easy as breathing air for me.

I didn’t understand why others would need to ask questions or ask for clarifications during lectures. I got baffled whenever I saw people take out pad papers to simulate for- loops. My teachers were flabbergasted with how I chained functions together, wrote recursions, and how I always had a way of solving problems differently from everyone else. I was asked to be part of the programming “varsity” team, which represented the school (and the country) in programming competitions. I would experience failing in exams in every other subject I took in high school, but I could miss every single CS lecture and still ace any programming exam.
So that’s my origin story; every hero has one. The kid whose superpower isn’t an unnatural computational power of the mind, but rather, an uncanny ability to find computational solutions to anything the mind dares to ask.

I had always seen myself as an exceptionally strong programmer; but, not every one I know has seen me as such. My code has been called shit — and for good reason, I would admit — and quite recently as well.

The year was 2010. I was working as the lead mobile software engineer at my previous company. I had just gotten promoted due to some heroics (read: hard work) I did to win a multi-million peso account for that startup. I had also just filed my resignation from that company to create Smartwave Studios. One day, at work, one of the senior software engineers who reported to me asked to sit down and have coffee - he stressed that it was his "treat". I seriously wondered why, because this person had a strong reputation for being a cheapskate, and also, it was obvious that he didn’t like me because he was much older, and worked at the company for much longer than I have, but missed out on the promotion to lead engineer due to the circumstance that it was given to me instead. That said, I hesitantly agreed.

During coffee, he told me the story of “a guy he once worked with”, who enamored the bosses, rose quickly through the ranks, and mandated that all developers reporting to him use a new framework for developing their biggest project, only to leave a few months later, taking with him all his expertise and leaving the company with a codebase no other developer knew how to fully utilize. This may or may not have been a made-up person, but his point got clearly across. I was the asshole who convinced everyone to do things my way, then leave.

Your code is shit — he said, sorry to say it, but you don’t know how to program delegates. You have absolutely no idea what you’re doing. 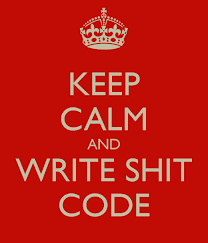 I didn’t know how to respond. Truth was raining from the sky. I had developed some pretty shit code, I can say this now, and it haunts me in my dreams and in my waking hours, even at 5:09 AM, five years later, as I’m typing this log entry — it still haunts me.

The thing with writing shit code is that people tend to never forget. You can be writing truly brilliant software at present, yet still be judged for that shit method you wrote years back for the rest of your life. Even at Smartwave, we call it "Kosa code", named after our beloved former co-worker, Kosa, who "pioneered” writing bullshit code at the company (although the forefather has got to be JM). In reality, though, Kosa is now probably a highly respectable coder, and all of us have written shitty, delete-worthy code at some point in our lives — even me, Ruz, Gerald, Henry — everyone.

I now appreciate that person from 5 years ago — the former co-worker who told me that I wrote shit code. I had always thought of myself as an extremely strong programmer, but that was because I was actually very weak. Everything you’ve just read about my "origin story” is completely true — but that’s not how heroic programmers come about. It’s hard work and practice that’ll eventually get you there. So to anyone who actually got this far in reading this, keep writing shit code — seriously — know you’re shit and embrace it, love it, don’t get offended when someone tells you that your code is shit — instead, learn from the experience and write slightly less shitty code after that — and I promise that someday, you won’t even notice it until you sit back and look at your code — but someday, you’ll catch yourself staring at your screen and saying “Wow, I just wrote some pretty awesome code."

Hi, DR here, if you got inspired by the story of my CTO, please share this and subscribe. I have another story posted. This time, I'm posting the story of our senior backend developer. Sir J. CLICK HERE to read his story in software development world!
Tweet

Very inspiring article. Thanks for sharing