Torn Between Several Companies... And Asking A Break From iOS-Swift 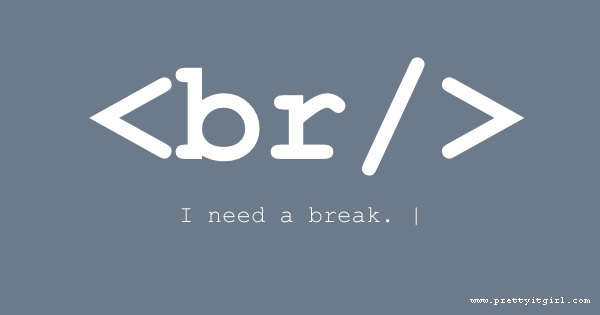 Everything went fine yesterday, May 5, 2016 - my second day of work as an iOS Developer in Swift. I worked on some easy tasks such as client change requests in the interface of a certain project and fixed some bugs of that app. Note that all of the company's iOS projects are written in Swift, and not in Objective-C (I really wanna puke now.). So, going on, I was doing fine in the office until my CTO shared a new task to me. That project was about stocks exchange, and lots of data are involve in that app. He just wanted me to help him in making the app's data processing more efficient. After an hour of inspecting the codes, I still couldn't make my brain accept the fact that I am not with Objective-C anymore. I'm with Swift, and I believe I will be with that thing for a long time. I couldn't understand the task, I mean, I just couldn't figure out where to start! I could have asked for help, but no, I needed to try to focus first on this and see what will happen.

Time passed by, I remember that I am being invited to an interview at Samsung in Taguig tomorrow afternoon. It's now Friday, so technically the interview will be held later. No, I didn't apply to Samsung directly, if I did, I believe I wouldn't be noticed. I applied via Yondu. This company has a client, and that is Samsung. Yondu is seeking for iOS developers for Samsung. After I had my phone interview with Yondu last week, the recruiter forwarded my profile and application to Samsung, and now I am being invited to an interview.

During my short break (while doing the complex task for the stocks exchange project), I sneaked into my Mail app, I mean I opened up my Mail app and then sent an email to the recruiter from Yondu - who interviewed me last week and told me last day to go to the interview this Friday. Actually, she requested to Samsung to re-schedule the interview and make it Friday just for me - it was supposed to be this Thursday, and they did. So now I became much more confused. Anyway, I sent her some questions about the job. Like how much of my expected salary did she mentioned to Samsung?

Before I proceed, I told the recruiter last Tuesday to wait for my feedback because I might leave my current company if they don't agree to meet my expected salary - hence the rescheduling of the interview. This morning, I mean, this Thursday morning, the CEO and I had a talked about my job offer. He didn't meet my expected salary but he raised it and added an allowance to somehow meet my targeted NET salary. So I'm all set now somehow.

I really want to attend the interview, but if I pass and I get the highest offer I'll ever get so far in my whole career - what's next? Should I bite the offer and work in Samsung and exhaust my self since I will surely be an R&D (research and development) person there and the job might be more complex that what I am having right now, if they're using Swift too. Should I work in Samsung and fight with the poor filipinos riding in MRT every damn morning? Should I leave my current company hanging since I already signed the contract? The interview was rescheduled just for me, why should not I come?

Going back to my story in the stocks exchange app, the CTO assigned to me a simple yet very mind boggling task, at least for a someone with mediocre mind - like me. After exchanging emails with the recruiter and talking to my partner what I should do next, I decided to talk to my CEO.

I told him all the truths. Including the compliments, that I really like the company. All in all, the company is an ideal company for me. Nice compensation package for a someone inexperienced in Swift like me, the nearest mobile-app development company to my house, and I have the technical bosses. I told him all that, and I told him that I was thinking that I should go. I should go and leave the company for a while. At that moment, I haven't signed the contract yet. I need a break to relieve some stress and pressure. I need time to practice myself in Swift and with that, I won't be pressured next time and be confident with my Swift-skills. I told him not to worry about me having no resource of my budget, because I have a part time job - an iOS job too. He then told me that he understands me and that he has no right to stop me, he then called for the CTO. This man is also my lead/senior.

Talking with my CTO changed all the plans. Long story short, he freakin convinced me to sign the contract post-dated. I was very glad though because I think they really want me to stay, cause if not, they'd let me go easily. They even negotiated with me about my request in meeting my expected salary. He told me to sign the contract just to be sure that I will return to their company - coz I told them that I will return after my long break, which was supposedly to be a 2 to 4 weeks break, but he convinced me that 2 to 4 weeks is too long. He told me that a 1 week break for practicing Swift is enough. At first he was trying to change my mind and pushing me to be their part time or contractor instead just to give myself more time in relaxing. Again, I signed the contract post-dated, I will start next next week - May 16, 2016. Long story short, I felt happy and important.

About the interview? - I HONESTLY STILL DON'T KNOW WHAT TO DO WITH THAT. I should pray and contact the technical recruiter later. I just hate myself sometimes.